Protect your Production Reliability by the Virtualization of your Infrastructure! We rely on VMware!

Most companies still have some older applications that still run on a Windows 2003 serves – such as time recording, stock control or material flow! But what, if this computer crashes?

We successfully implement the virtualization of complete process control systems in various industries. 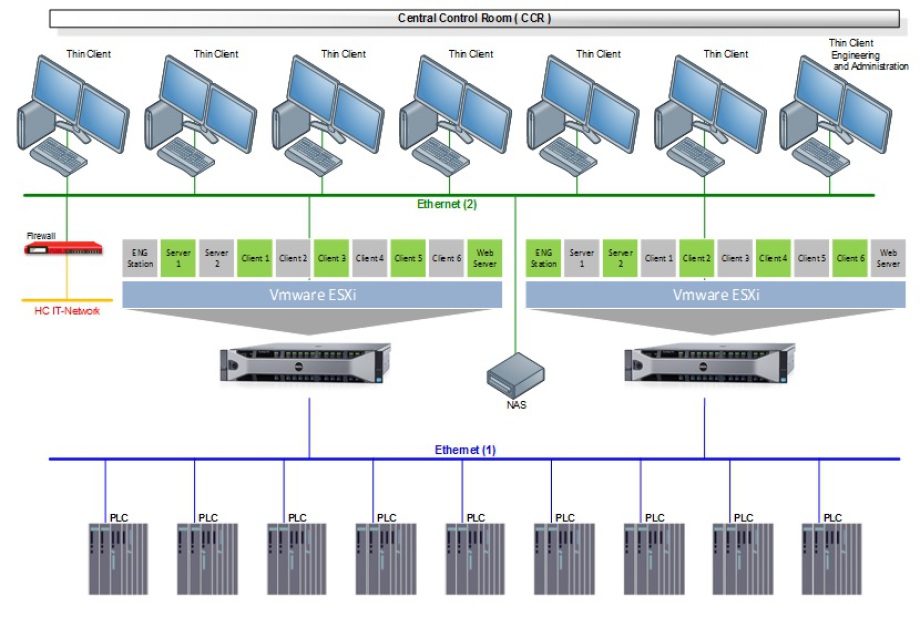 The virtualization of process control systems is a modern alternative to an upgrade. This is an economically interesting and future-proof solution – also for your applications.

But VMware is not only a solution as an alternative to running old operating systems for a longer period, it can also be used for new installations. Above all, the flexibility to back up complete virtual machines or to move them in the virtual environment during operation.

We are pleased to give you advice and help.